All articles tagged with "Findom Slave"

Mistress Kinsley loves to do crazy things and today was no exception. She wanted to unwind and have a good time but while she simultaneously humiliated this slave. She wanted to have fun at his expense and that is what she did. The mistress got him to lick her socks and endure choking using her feet. She had him eat her socks and endure further trampling with her bare feet.

Princess Kitty felt that she needed to humiliate this loser financially because she did not like how lied to her. The mistress seduced the loser and she got him turned on with her naughty ways. And after he was turned on, the mistress knew she now had a free hand to do whatever she wanted to his money. He was turned into a human credit card and he bankrolled most of the things she wanted to do.

Mistress Dana is blessed with a gorgeous set of tits. She gets stares and admiration everywhere she goes because she is blessed with a perfect pair. Today she was broke so she used her sexy breasts to make some money. She flaunted them and used them to tease pay bitches and she dominated them financially. She enjoyed teasing them and she controlled them as they were hooked to her tits.

Mistress Harley was bored at home. She decided to make a little money by humiliating this loser financially. She teased him and she got him to undress. She found he had a tiny dick and she made fun of it and she blackmailed him. He paid her to keep quiet and she made the money she wanted. She had managed to have fun and to make money at the same time.

Mistress Nikki wanted to try findom fetish. She had read about it but she had never tried it. She is a sexy girl so she knew getting guys would not be hard. The hardest part for her was to make them give her money. She read lots of material on how to do it and she found the best way to do it. She used it and was surprised by how she was able to get instant results. She never looked back.

Mistress Ellie had nothing better to do at home. She noticed her rich neighbor was around so she flirted with him. He took the bait and she enjoyed her afternoon teasing him and turning him on. She did not want to fuck him but rather to get to his wallet. And that is what she did by the time she was through with him. She had financially dominated him in a way he had never been financially dominated before.

Princess Jenny tortures loser and makes him pay for it

Princess Jenny was mad at this loser for catcalling her. She hated it and she had to make sure he would never do it to anyone else again. She faced him and pretended to be into him and took him home where she turned on him and she crushed his balls with her sneakers. She then forced him to pay for her time and for humiliating him. He had no choice but to do it.

Mistress Sarah and her findom fetish

Mistress Sarah Blake was surprised when this guy who did not know her wanted to spend money on her. She was broke at the time and she had the idea of using her hot looks to earn a living. She turned to pay slaves and she had fun making them do what she wanted and to bankroll her. She would give them an illusion of having fun but then make them pay her for her time and effort. 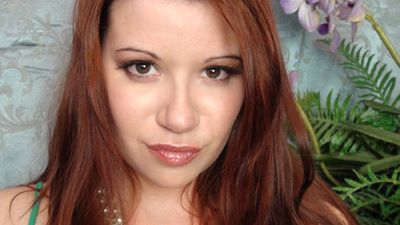 This mistress has a nice ass and has big tits. She is a hot mistress and she likes to keep fit. She has a banging body and she enjoys using it to tease her money slaves and then dominate them financially. She likes living a free life where she can do anything or go anywhere she wants. But she does it on the account of her pay slaves because she uses them as her human credit cards.

Goddess Saffron is skilled in mind fucking slaves. She knows how to make them do what she wants and that is what she did today. She teased this guy and she totally controlled him and hypnotized him. She then made sure that she financially humiliated him. She did not have to do much because she knew what the pay slave liked and she used it to make him do what she wanted.