All articles tagged with "Pay Bitch"

Princess Kate was in the mood to have fun. She wanted to tease and have fun watching her pay slaves hot and bothered. She was extra naughty today. She jiggled her big tits and showed off her sexy ass to them. She watched as they struggled to remain calm. They all hard hard-ons and could not hide them. She laughed as they jerked off then let them go without financially dominating them.

Mistress Harley gets paypigs to appreciate her expensively

This mistress likes to live a good life. She has a good taste for things and she likes them bought for her. She gets her money from her pay bitches and whenever she is broke like she was today, she runs to them and does something to them in exchange for the money. She tries to make them feel that it is a mutual thing and that she is a leech.

This mistress is as mean as they come. She loves to make money from her pay slaves but unlike other mistresses, she does not do anything for her pay slaves. In fact, they are only her pay slaves since she gets to find out their dark secrets and she blackmails them to give her money in exchange for her silence. She was broke today so she went round collecting some money from them.

Mistress Sophie loves to humiliate pay slaves to finance her lifestyle. But today she used hypnosis to do it. She did not want to be a one trick pony and do what they all expected him to do. She wanted them to guess what she would do and he did not want them to see it coming. She hypnotized them nicely and she made them give her money and they could not even remember doing it.

Mistress flirts with paypig and makes him bankroll her

This mistress is good at flirting and teasing. She had a loaded pay slave and she wanted to entertain him today to make him loosen his purse strings. She had taken time to study him and she knew what made him tick. She gave it to him and he did not know how he showered her with the money he did. She was even surprised herself as he was not that generous. 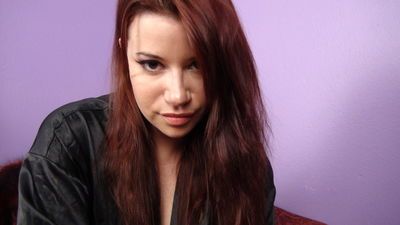 Princess Cera gets paypig to buy her a new phone

Princess Cera was broke and she needed to buy a new phone. She did not need to humiliate all her paypigs for a phone so she selected the one who usually gave her the least. She went to him and she teased him a bit and made him feel special as she did it one on one. By the time she was done with him, he had given her more than she expected.

This mistress had a debt she had to pay and she did not know where to get the money. She managed to find a loser who was interested in her and she turned him into her pay pig. She used all the naughty moves she could master on him and she hypnotized him and used him as her credit card to pay off her debts while making him believe it was in his best interests.